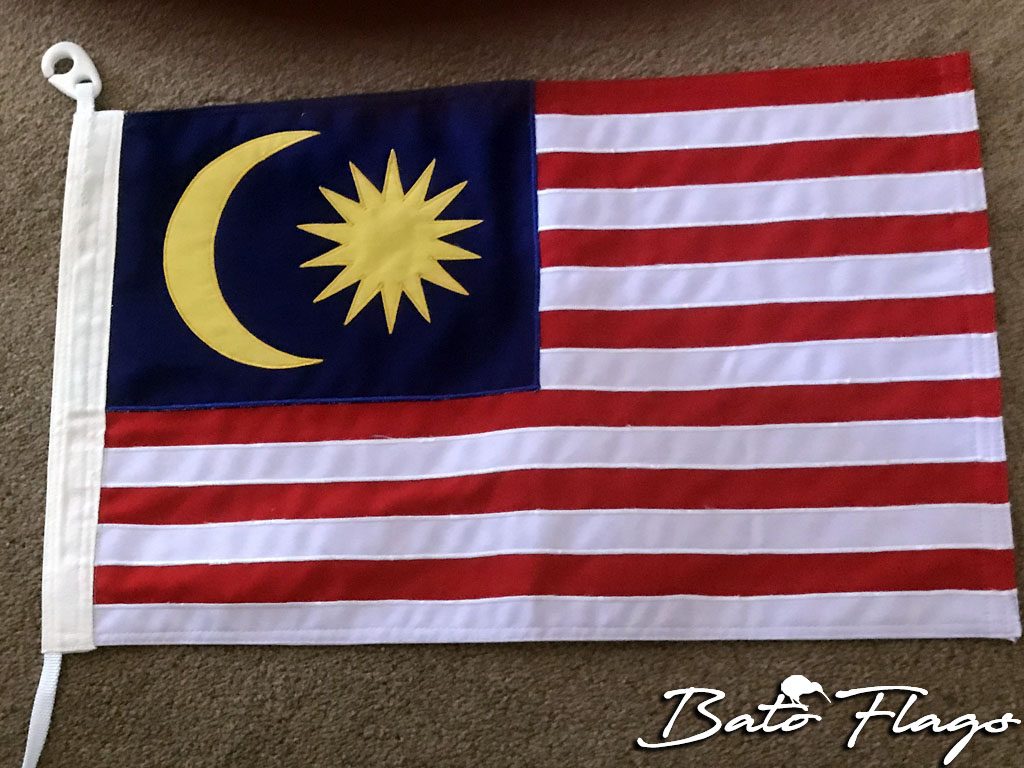 The flag of Malaysia, also known as the Malay: Jalur Gemilang (“Stripes of Glory”),is composed of a field of 14 alternating red and white stripes along the fly and a blue canton bearing a crescent and a 14-point star known as the Bintang Persekutuan (Federal Star). The 14 stripes, of equal width, represent the equal status in the federation of the 13 member states and the federal territories, while the 14 points of the star represent the unity between these entities. The crescent represents Islam, the country’s state religion; the blue canton symbolises the unity of the Malaysian people; the yellow of the star and crescent is the royal colour of the Malay rulers. 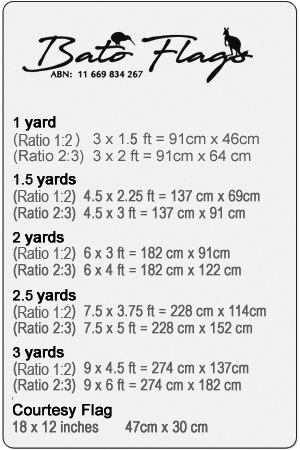 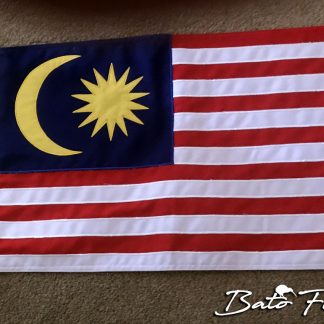