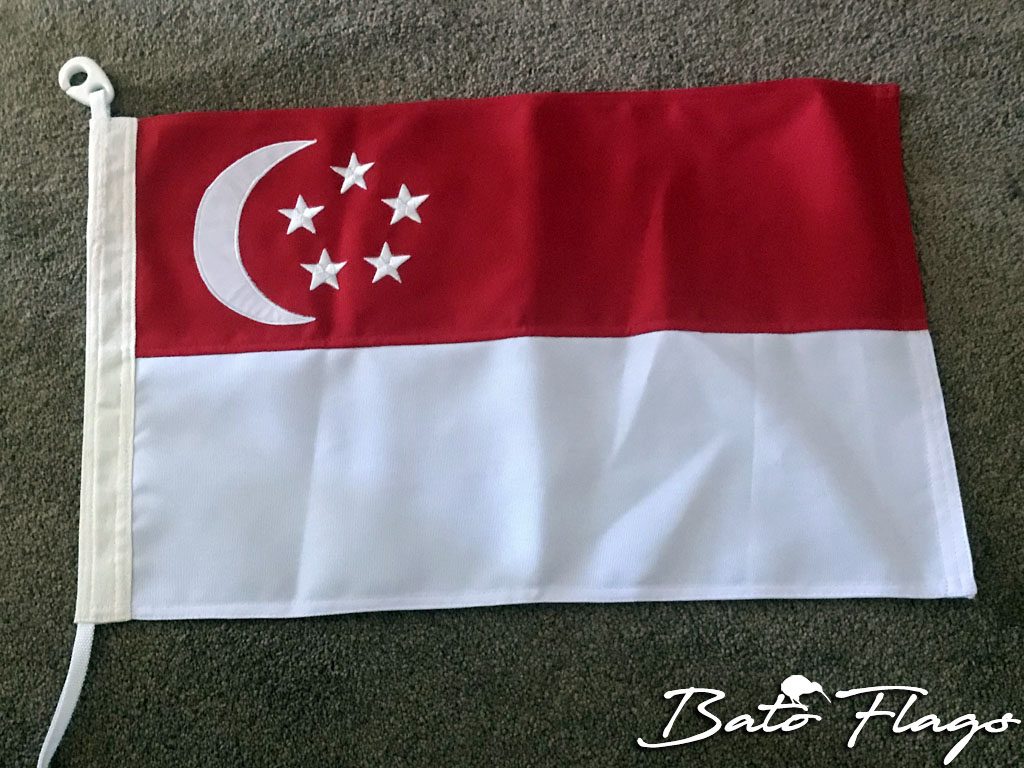 The design is a horizontal bicolour of red above white, overlaid in the canton (upper-left quadrant) by a white crescent moon facing a pentagon of five small white five-pointed stars, loosely resembling Southern Cross, also known as Crux. The elements of the flag denote a young nation on the ascendant, universal brotherhood and equality, and national ideals. 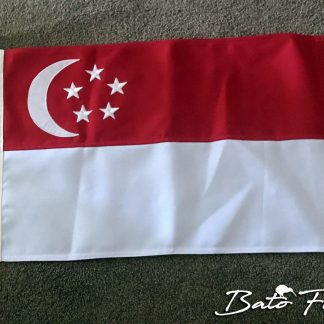